Here you can meet some of the many women of ADPP: students, project leaders, school directors, teachers, farmers and community health agents who work to build the capacity of women, of communities and of the whole country.

Day for Reflexion about Education of Girls at EPF Huambo

EPF Huambo celebrated a Day for Reflexion of the Education of Girls, on15 June, with 113 guests and 88 members of EPF, a total of 201 persons.

The principal official guest was Dra. Deolinda Camarada, Vice Administrator for the Municipality of Huambo who, during the opening session, thanked ADPP for the important teacher-training program that prepared graduate teachers to assume teaching in rural areas and to work for the education for girls. The other guests were teachers from primary schools, technicians from health clinics, teachers and students from two universities and from three secondary schools. The national TV station and two radio stations conducted interviews. From Quissala, came teachers and students from EPP Huambo, Children’s Town Huambo and Frontline Institute.

During the opening session, EPF Huambo’s director presented the program Empowering Girls, to support girls’ education. A theatre group performed a play related to the theme and three students told about their own experiences. Thereafter, 14 working groups, composed of students, teachers, health workers and traditional leaders, discussed five issues to promote girls’ education. The five issues included how to strengthen the education of girls in schools, how to avoid early pregnancy and early marriage, the health risks of early pregnancy to girls and their babies, strategies for getting low income families to send girls to school and lastly the importance of having good latrines at primary schools. During the final hour, representatives of the 14 working groups presented their conclusions, theme by theme.

The day progressed well, and everyone was challenged to take a stand regarding the five issues. Some of the journalists stayed on and participated actively in the debates.

Filomena Chalimba thought that the day went very well, with a large number of guests and many contributions on the theme of promoting girls’ education. The turnout was such that 14 full working groups could be formed.

Marta Agusto Talama was one of three students presenting personal experiences during the opening ceremony. It was the first time she had stood in front of 200 people, but she was well prepared, as were the other students. Marta was of the opinion that everyone, especially young girls, should be aware of the changes in attitudes and in the role of women. Whereas women once stayed at home and assisted their husbands, nowadays equality and education for all mean that women could do anything that men do. Martha went on to explain that a teacher from Calundeia Primary School said he had learned a lot during the day, and that he would go home and talk much more to his daughters about all the issues raised.

Alice Cassinda Simao Ukuahamba explained that this was the first time she had discussed gender at such an event. When studying at other schools, gender was never really a topic of discussion. She learnt a lot from the group session, which she found very interesting, and time went fast.

Joana Florinda Chiquita was part of the group of eight students presenting the theatre play. Although they had asked to be able to perform at the event, they had been so busy with their studies that they forgot everything about it until the day before. They started rehearsing, developing the story line as they went along, and practising over, and over again into the night. It was worth the effort, as the play was a success, telling the story of a girl just like them, who needed money for clothes. Her parents were too poor, and she ended up getting pregnant after having sex with an older relative in return for some money. After she got pregnant, her parents banished her from their home, the relative went away, and she could not get a job because she had not finished school. The play was performed with energy and touches of humour, with the audience following closely, and it was a good way to prepare everyone for the debates.

Discussions in the working groups about how to avoid teenage pregnancy left a deep impression on Joana, as it was a relevant topic for her and her fellow students. She had been giving sexual education lessons to primary pupils, many of whom had little or no knowledge of the subject. Some girls started menstruating without knowing what it was. During discussion about school latrines, she was surprised to hear a teacher say that cleaning and maintenance of latrines was a problem for the headmaster and not for the teachers. Joana replied that, as clean latrines are important to ensure girls attend and remain at school, teachers should indeed be involved. Every member of EPF could agree to that, but that is the way things are at EPF.

Pedro Essaca Cawele commented on the level of organization, with meetings and planning sessions, and the efforts of two groups of students who did all the preparation. The participants enjoyed a good lunch too. 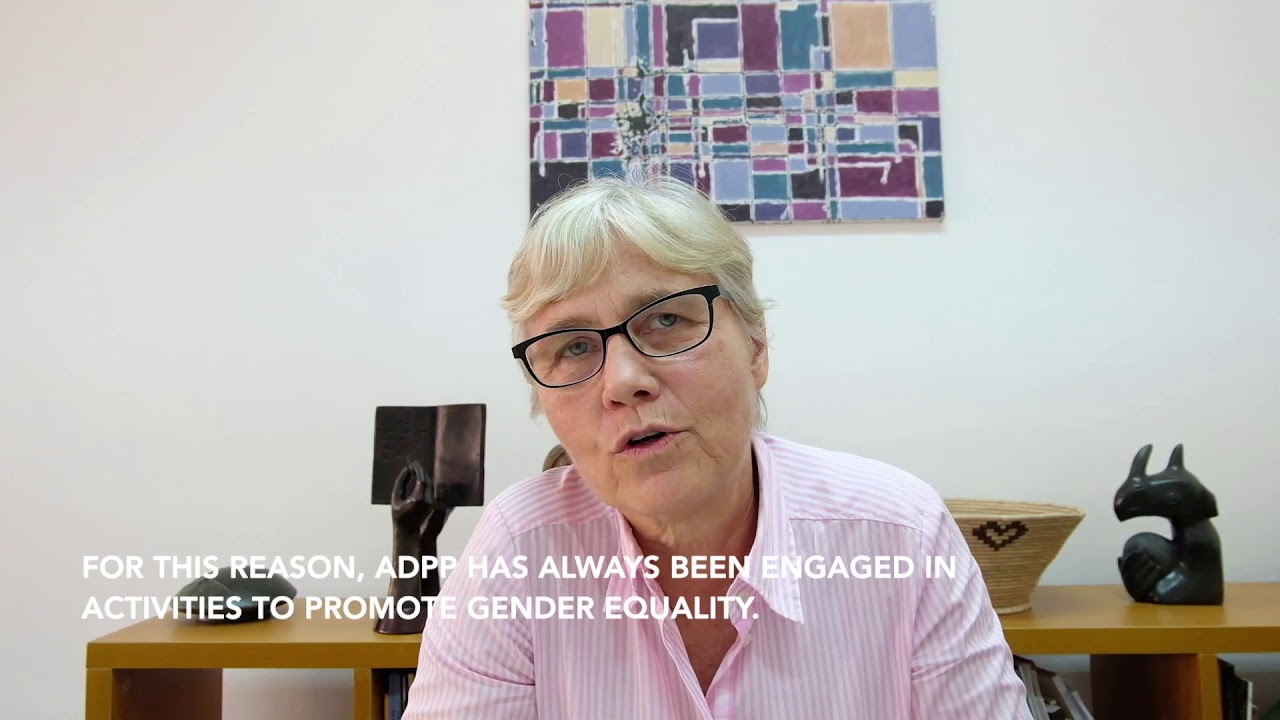 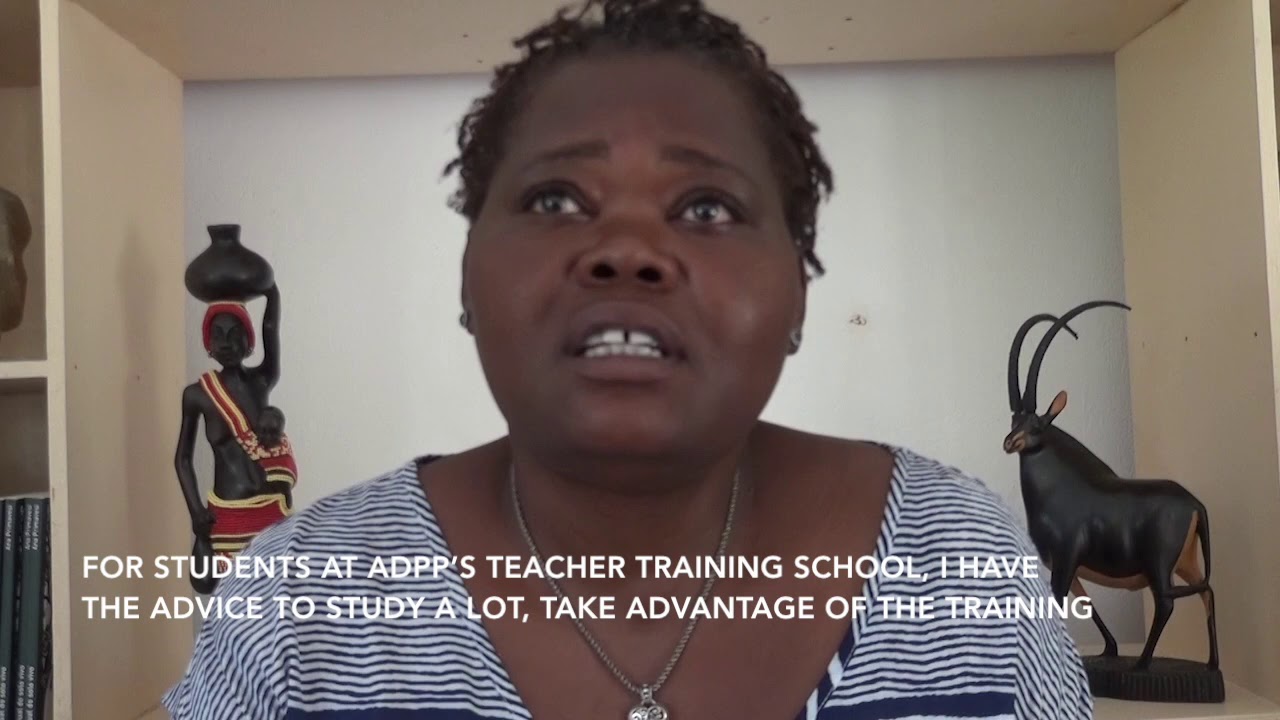 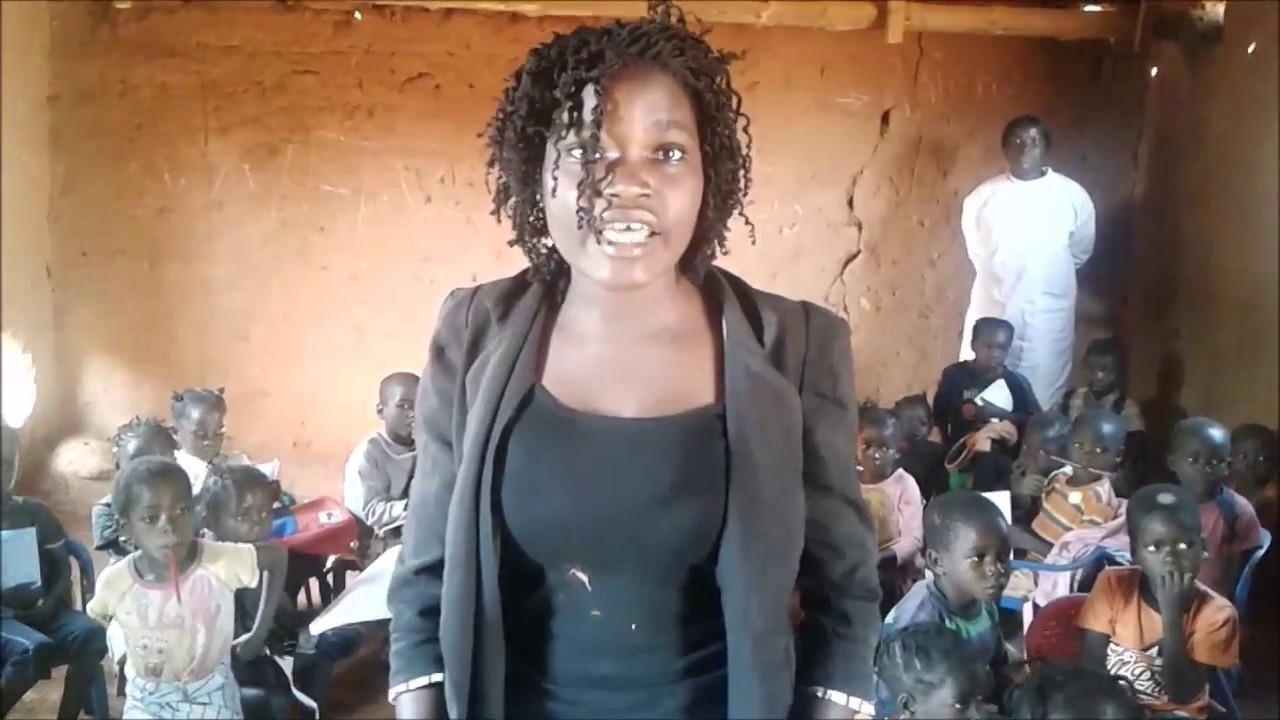 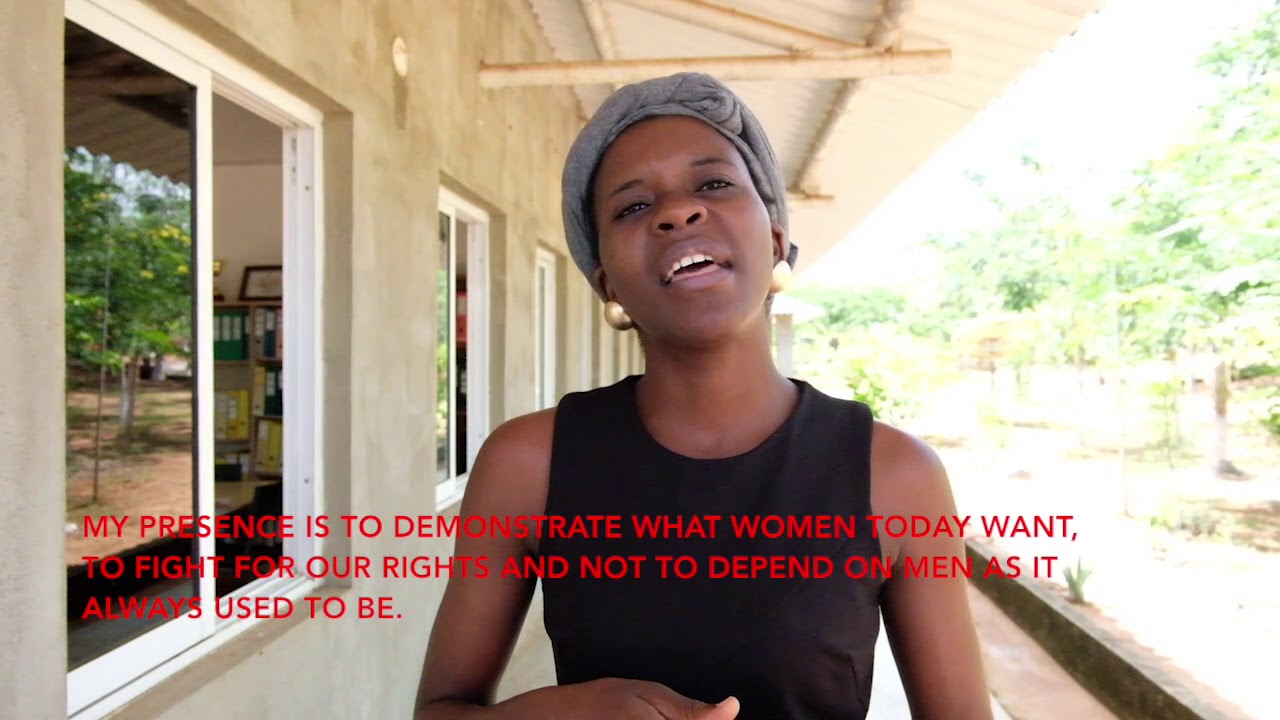 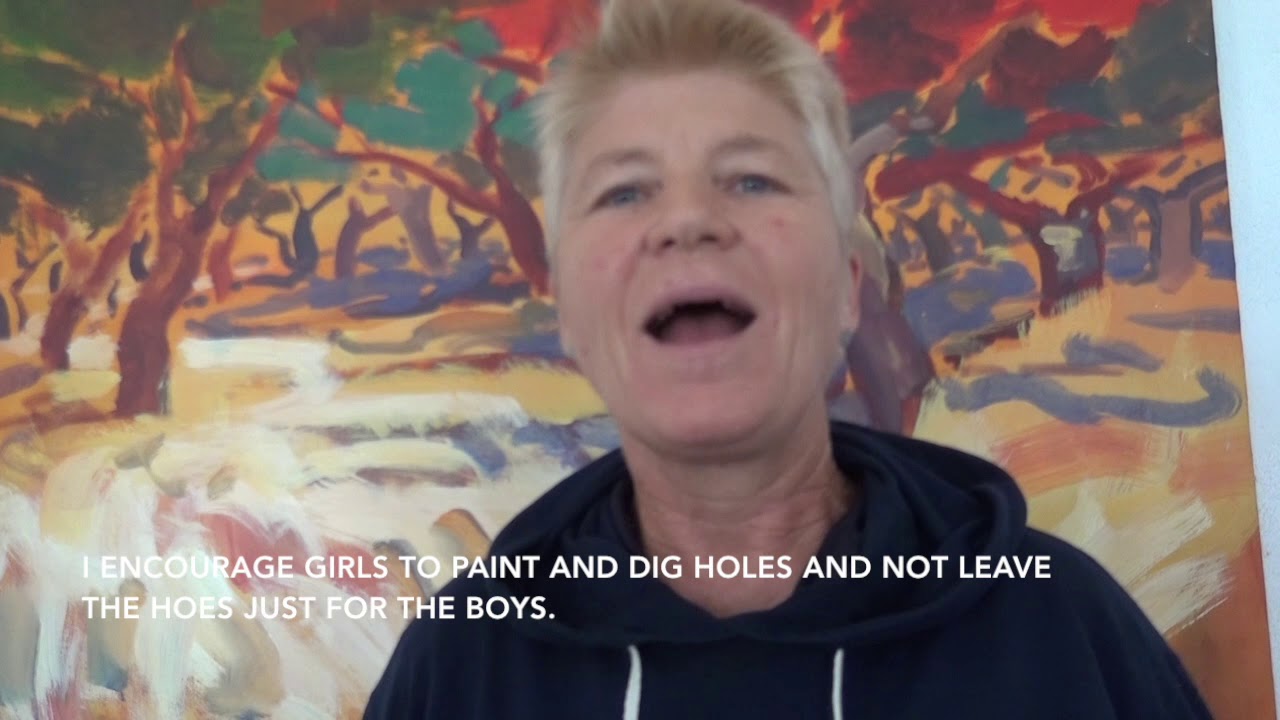 Anna Lausen, Director of the Teacher Training School in Caxito. 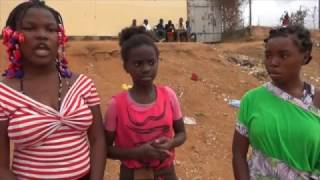 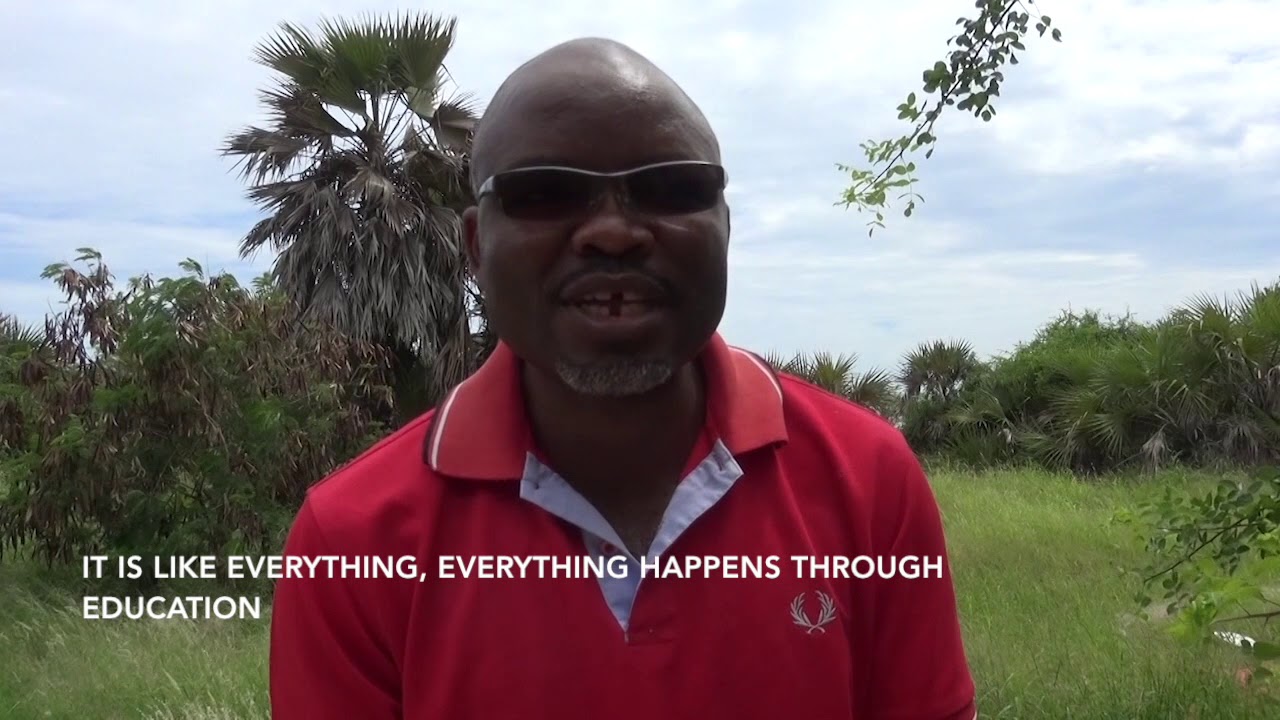 Walter Alexandre har this tho say about women empowerment 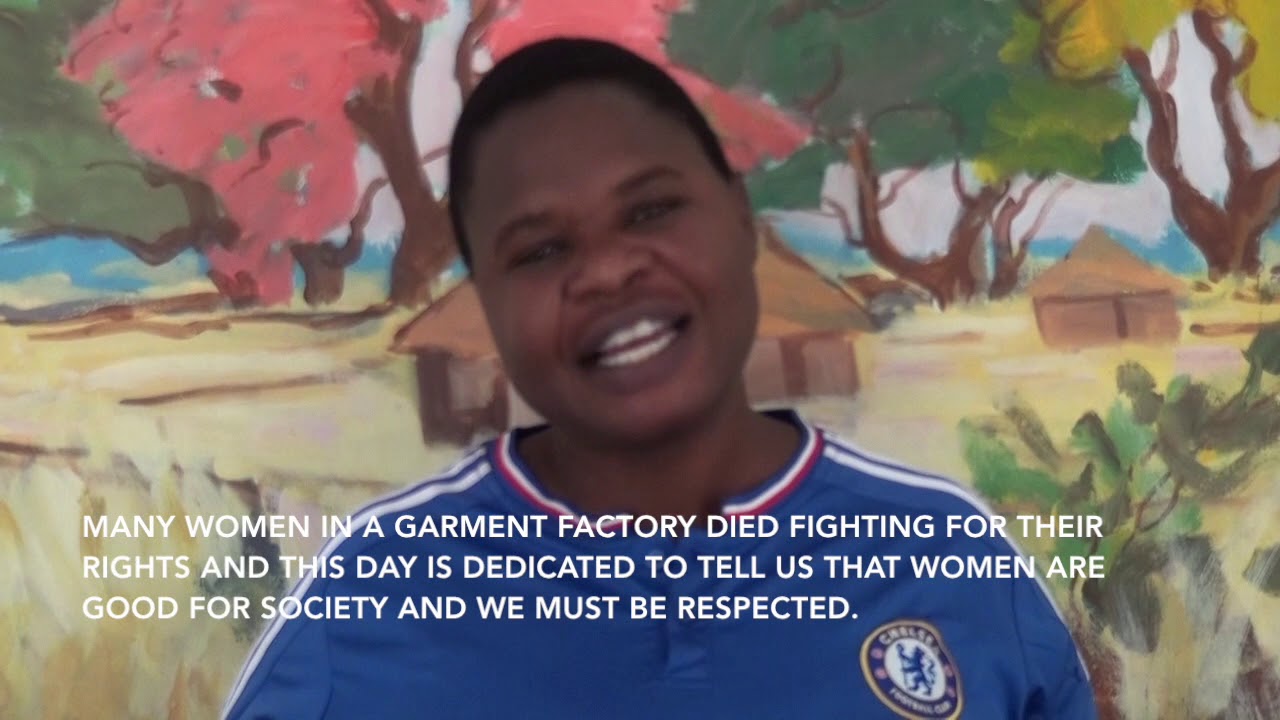 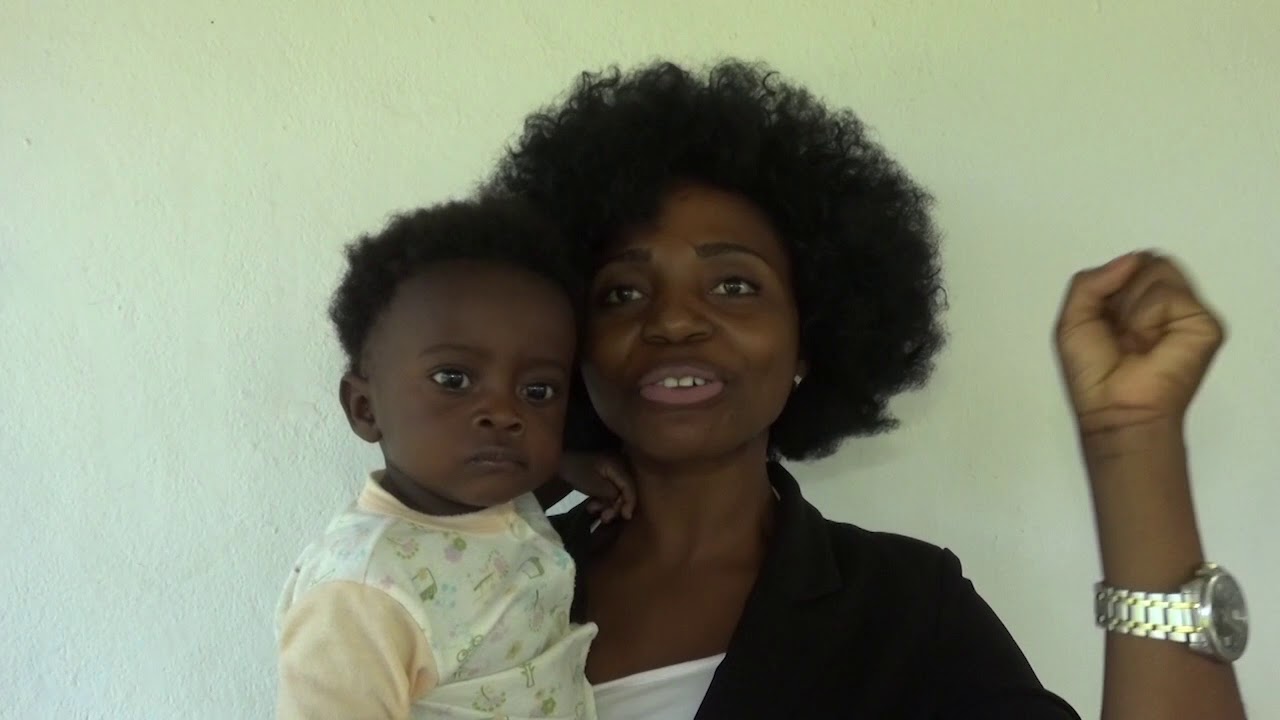 A video collage made of women, of the organization of ADPP Angola, who are wishing all women a Happy Women's Day. 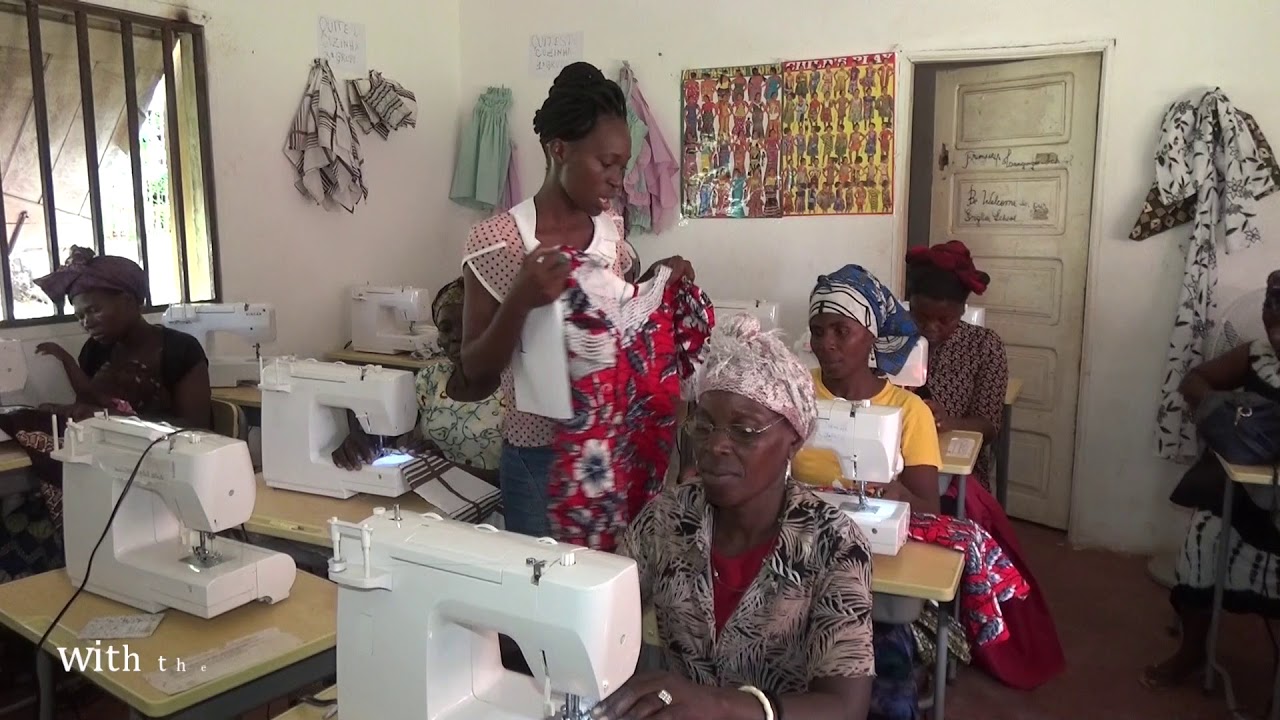 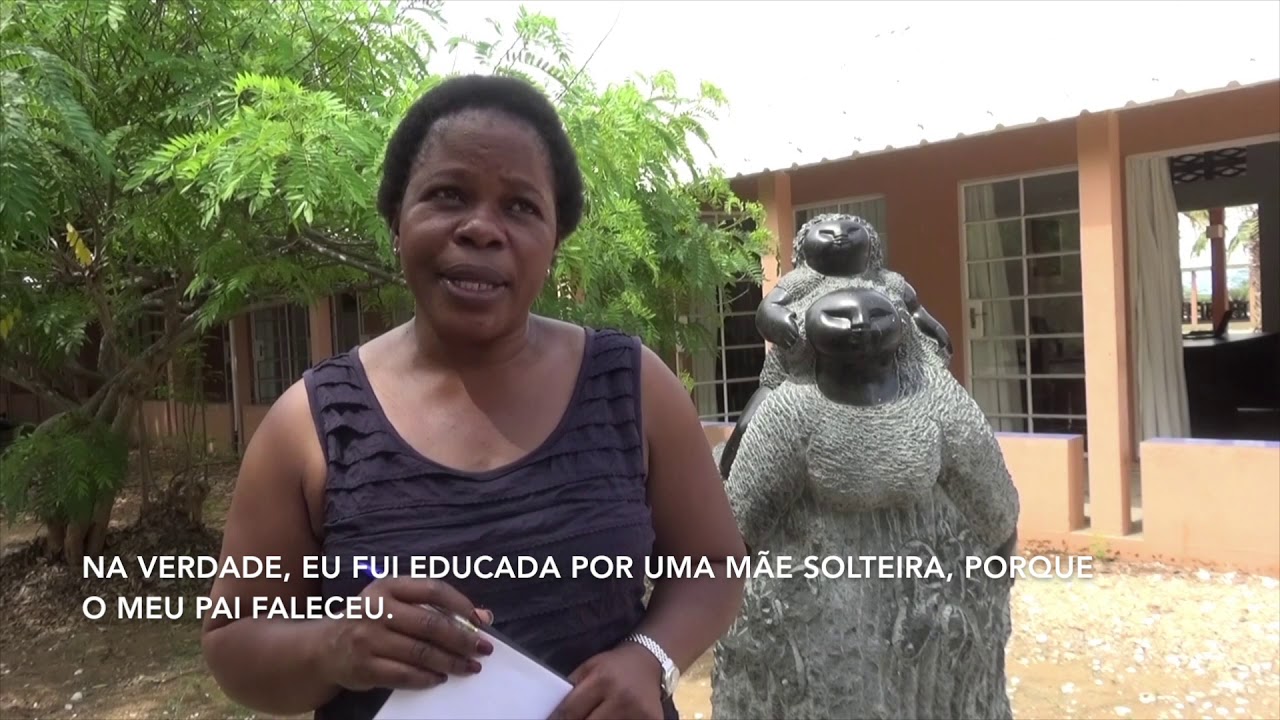 This is Spelile, Project leader, Community Control of Malaria Uíge Province. Her role model is her mother. In the video, she tells us about the importance of communication between mother and daughter. Feliz Mês da Mulher! 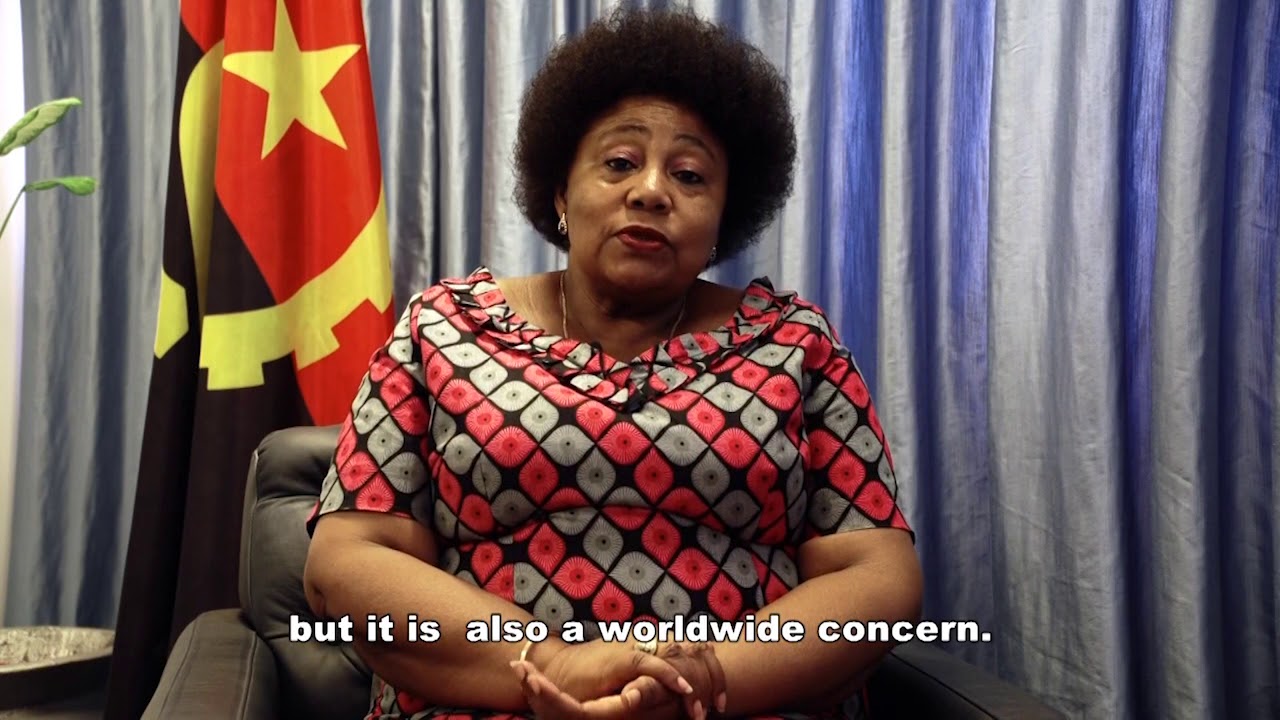 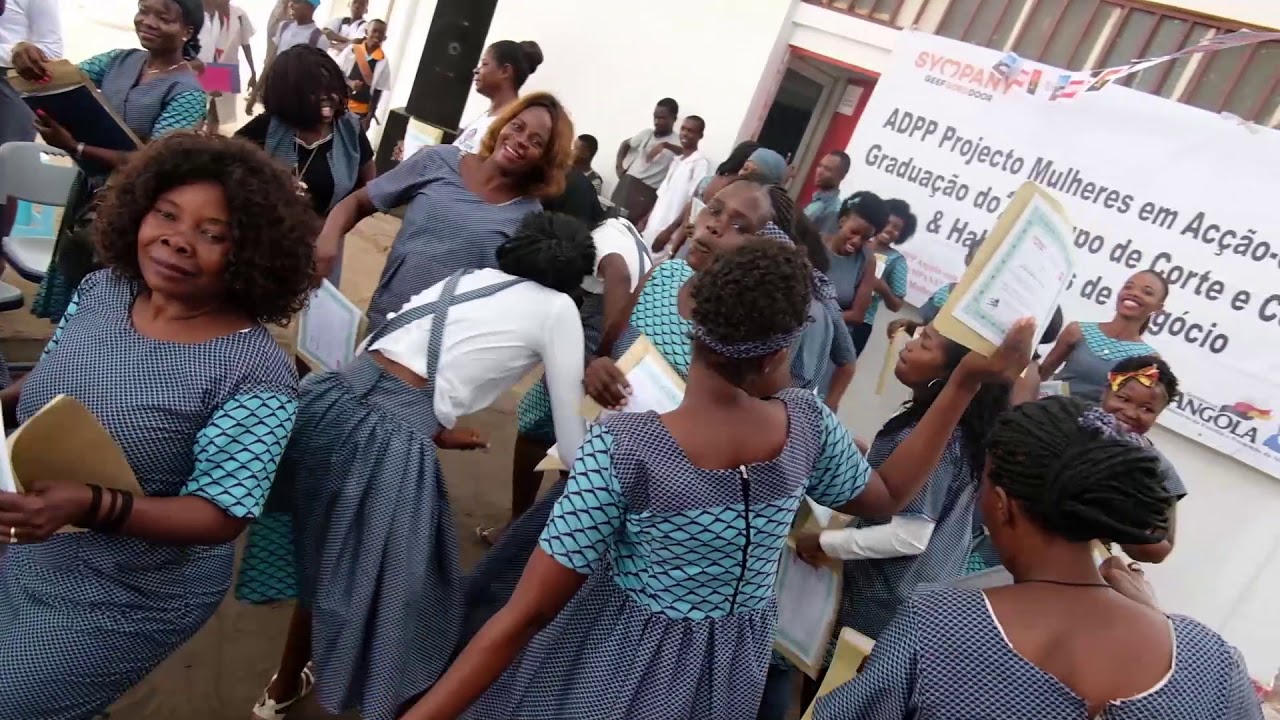 Parabéns! On the 9th of February, 63 ladies graduated from the Woman in Action program in Cazenga. As the video tells us, they were so happy and proud and the atmosphere was full of love. 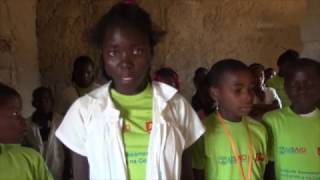 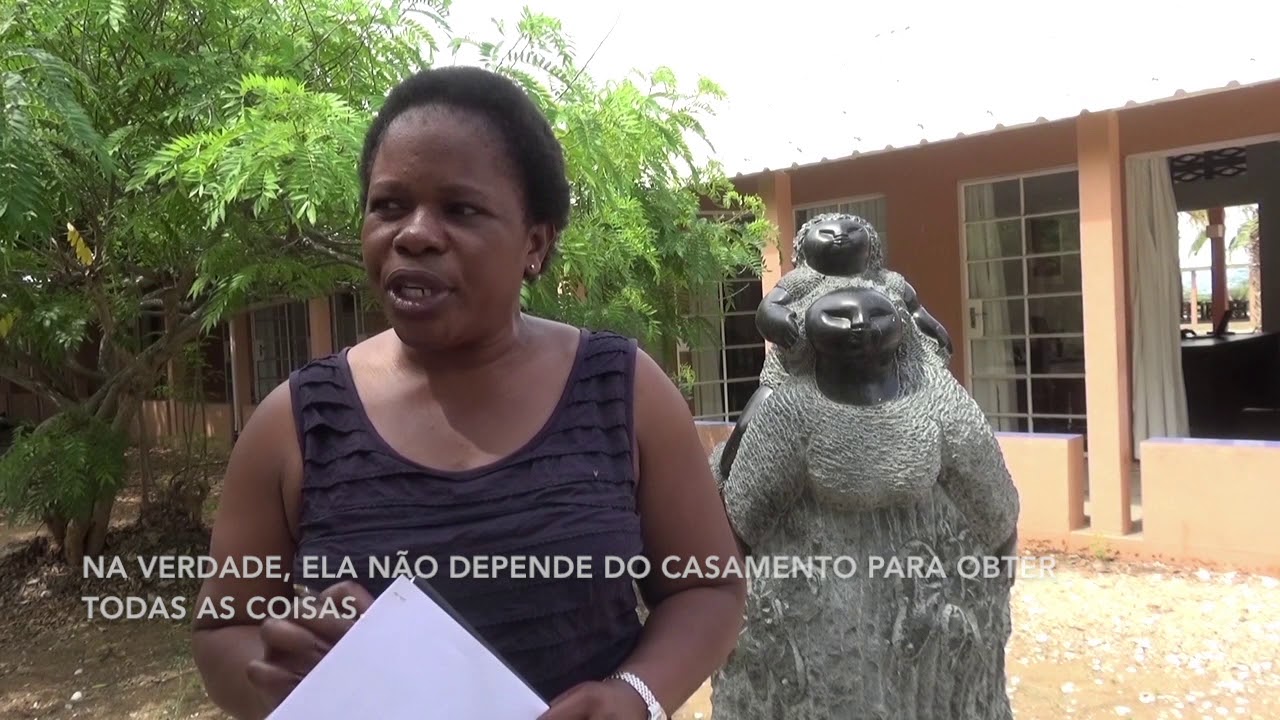 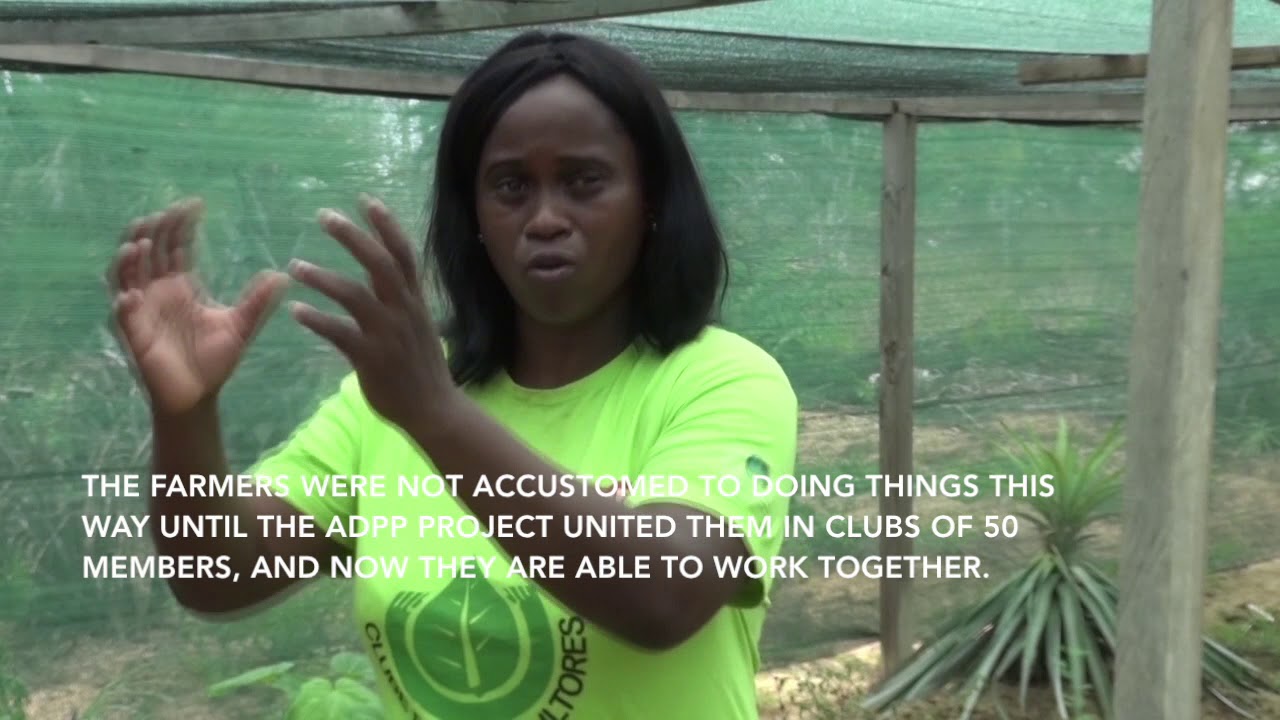 Eulaila is working with Farmer's Club in Kwanza Norte. 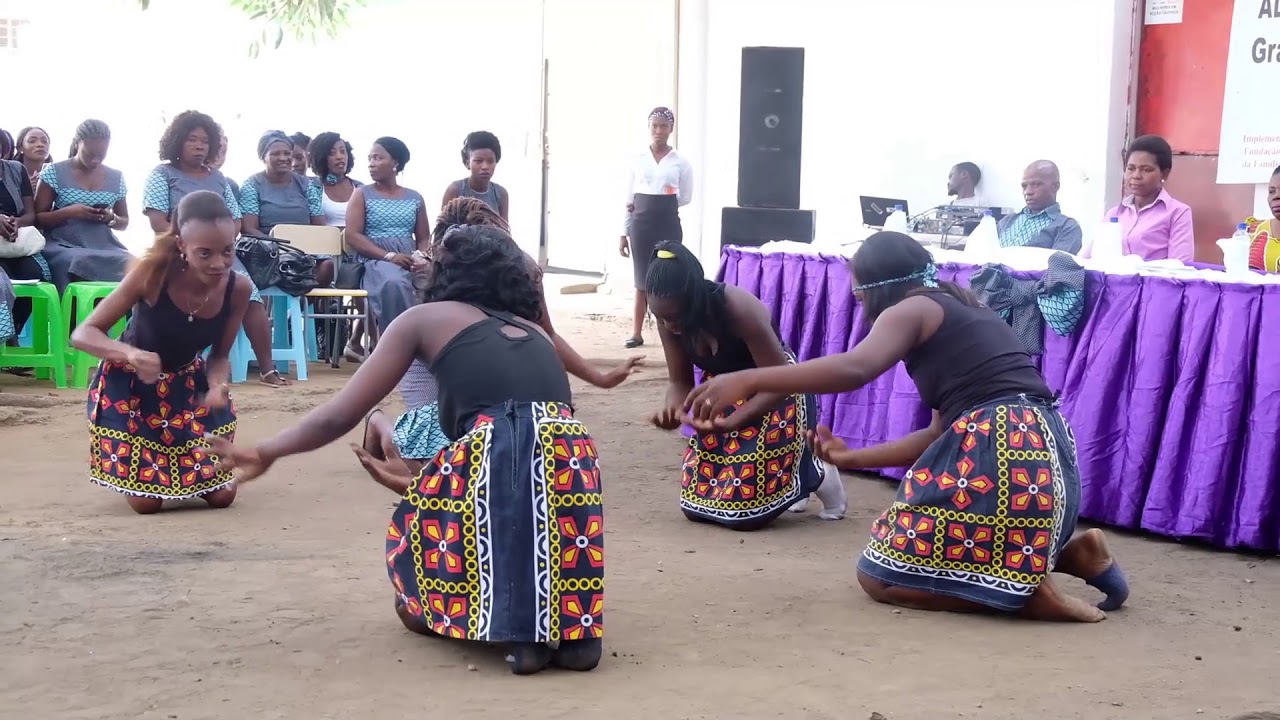 At the Women in Action graduation in Cazenga, some of the students performed a dance for the guests. 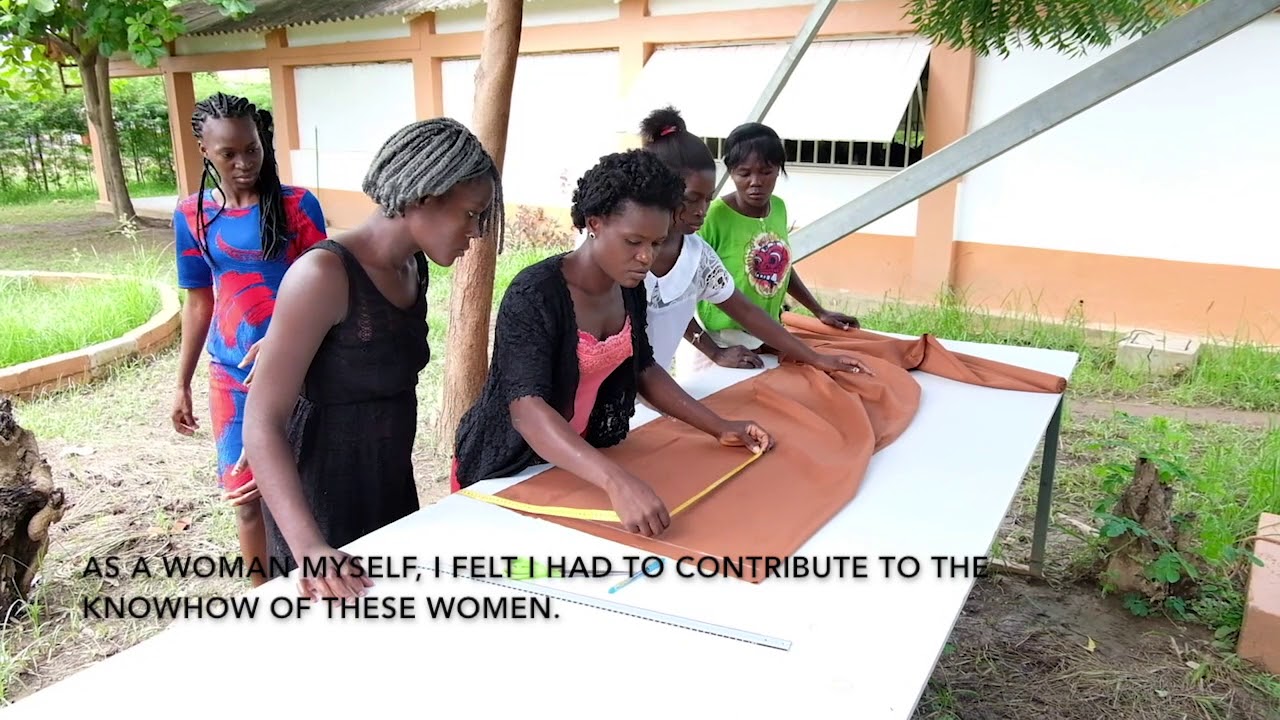 Paciencia is working as a project leader with Women in Action in Caxito, Angola. Here the women are learning how to sew clothes and they learn about entrepreneurship. 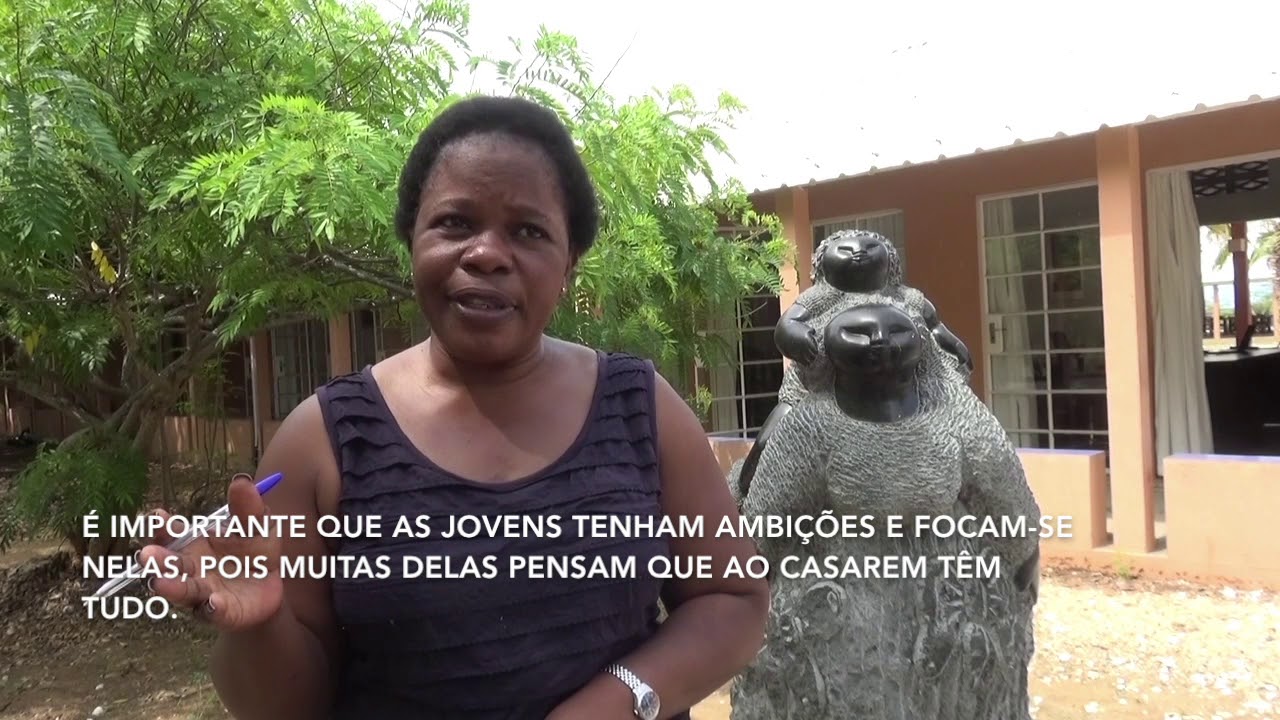 Spelile is working with Projecto Comunitário da Malária na província do Uíge. She says, “when we train women, When we educate women, We know we have trained the whole world" 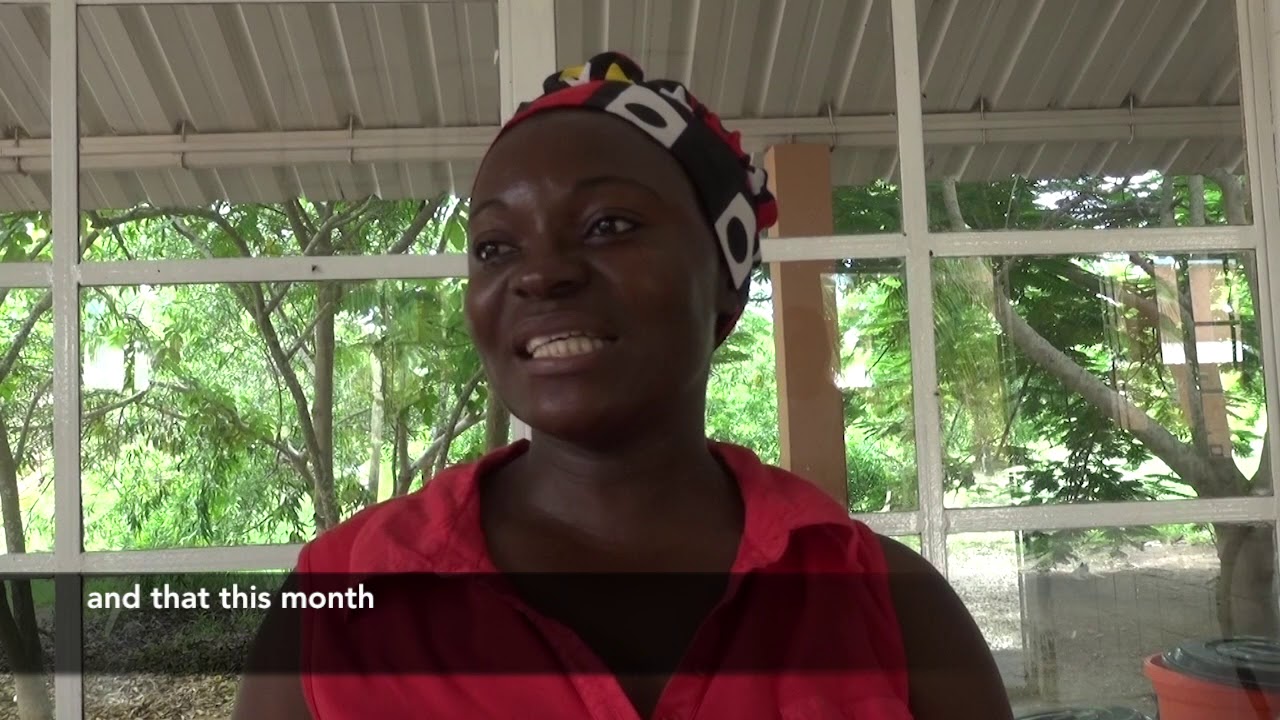 March, is a month dedicated to women

Emmaculada da Conceição Manuel works at the kitchen in Ramiro. She also wants to wish a Happy Month of Women

The most read articles

45 projects in 42 municipalities in 18 provinces: learn more in our new report